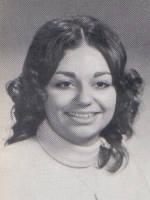 After graduating from OA with the Class of 74 Valerie Palone went to work for GTE Sylvania where she remained until August 1978. During that time she also attended night classes at Genesee Community College where she studied Business Administration and Accounting. A move to Washington, D.C. later that year would prove to be a major turning point in her life; she has several decades of experience with the FBI, Drug Enforcement Administration, Department of Justice, and Federal Bureau of Prisons since that time.

On Sept 10, 1978, Val began her career in Washington as a Fingerprint Examiner with the FBI. By February 1981, she was an FBI Space Management Specialist managing over 300 FBI offices located west of the Mississippi, including Hawaii and Alaska. In May 1986, she was assigned as a Facilities Planning Specialist for the Drug Enforcement Administration (DEA). In 1987 Valerie was selected as the first female Construction Project Administrator for the Department of Justice (DOJ), Justice Management Division, Facilities and Administrative Services Staff.

Beginning in July 1992 Val served as a Facilities Management Officer at the Federal Bureau of Prisons (FBOP). One of her responsibilities in that capacity was to direct the development and implementation of a nationwide Long Range Master Plan to address Federal Prison facilities physical plant and infrastructure of older Institutions which had fallen into disrepair over many years of inmate population growth and lack of funding to repair the real property and physical plant infrastructure.

In 1999, Val was promoted to the Chief Facilities Programs, FBOP, becoming the first female ever to hold this high position. One national program that she has managed was the energy and water conservation program. Through Val's leadership, her staff and team won several Department of Energy, General Services Administration, and a Presidential Award for energy and water conservation nationwide. The Presidential Award was for the first Federal photovoltaic/solar project using the sun and windmills to power several areas of a Federal Prison in Victorville, California. This project resulted in reducing energy consumption, operating costs, and tax dollars.

In May 2006 Val was selected as the Chief of Facilities Management for the Drug Enforcement Administration. In this position she was responsible for acquisition, design, construction and operation of 379 DEA domestic offices nationwide. On December 6, 2009, Val was again promoted and selected as the first female ever to serve in her current capacity as DEA Chief Facilities Operations Section, for DEA Real Property world-wide, including DEA presence in 86 countries.

Over the course of her Federal career, Valerie has written many policies, manuals, reports, budgets and project papers. From February 2005 to October 2005, Val authored the FBOP Real Property Assessment Plan to comply with a Presidential Executive order. This Asset Management Plan became the model for the Department of Justice and was ultimately submitted to and approved by the Office of Management and Budget, Congress, and The President.

Val Retired as a Federal Executive in 2011 after 34 years of Federal service, and in 2012 returned "home". Val resides in Batavia. She continues to serve as a 24/7 caregiver to her Father.