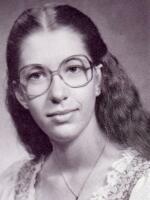 Millions of people worldwide, and thousands of OACS alumni, have laughed with and admired Teresa's work while not knowing she was the person behind it. During her college years at RIT, her interest and talent in animation led to the creation of an animated film, The Owl and the Pussycat, that subsequently won awards and was shown on HBO. This was the first of Teresa's many distinctive achievements. Her award shelf holds an Emmy statue and two Emmy certificates, several "Best Animated Short" and "Outstanding Animation" awards, and numerous other forms of recognition. Her work has included animated television shows and segments, including several on Sesame Street; television commercials; and animated short and full-length motion pictures, including 2000's Chicken Run, 2003's Elf, and 2005's Wallace and Gromit: Curse of the Were-Rabbit. Widely considered to be one of the nation's top stop-motion animators, Teresa was a featured speaker at Rochester's 2005 High Falls Film Festival.