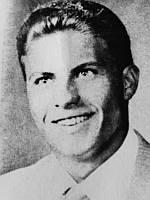 Following his graduation from OACS in 1988, Shannon Hilchey began his journey to become a highly accomplished and recognized Ph.D. focused on the field of cancer research. Over his career he has accumulated extensive research experience in the pharmaceutical industry, clinical GLP laboratory and academic environments. His major area of research expertise is in the evaluation of immune responses to malignant tumors and the development of cancer vaccines and therapies.

Shannon earned a B.S. and a Ph.D. in Biological Sciences from SUNY at Buffalo.

Following graduation, he was a Postdoctoral Research Fellow at the Institute of Molecular Medicine and Genetics at the Medical College of Georgia and subsequently at the University of Rochester. Since 2008, Shannon has held positions of increasing importance at the University of Rochester, where he is currently the Operational Director of the Center for Biodefense Immune Modeling (CBIM) Immunology Research Lab and a Research Associate Professor in the Department of Medicine.

Shannon has been the recipient of many professional honors including most recently the University of Rochester Human Immunology Center Pilot Project award in 2007 and the SPORE Development Research Program Award (James P. Wilmot Cancer Center) in 2012. He has been cited in over 175 independent peer-reviewed publications, has been the recipient of multiple research grants over his career and has been invited to speak at numerous professional events.

On a personal note, while a member of the North Eastern Martial Art Dojo, Shannon earned a black belt in the Quick Defensive Tactic program and is one of only six individuals with this black belt certification in this discipline. He was a primary instructor for the ground grappling classes and he continues to maintain his certification as a self-defense instructor.

But Shannon will tell you his most important achievement in life is his family. He has been married to his wife, Rebecca, for nearly 20 years. He and Rebecca have two children Connor and Emily. Even though he has had a very full work life, Shannon has managed to be a volunteer coach for his children's T-ball teams and has volunteered in their scouting activities over the years.