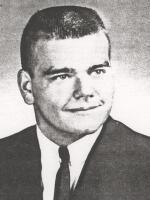 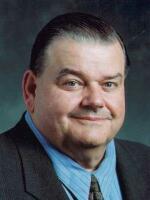 In a career that has taken him from Buffalo to the midwest and back to Batavia, Mike has risen to the highest levels within the financial services industry. Currently a Senior Vice President for American Express, running what the company calls its "Woodward Region," he sits on the Board of Directors of both American Express Financial Advisors and its IDS Life of New York subsidiary. Outside the office, Mike has supported and participated in conservation and outdoor activities through his leadership in Ducks Unlimited in both New York and Indiana, and the Oakfield Rod & Gun Club. As the father of six children who went through OACS, Mike has been active in OACS Sports Boosters. Other civic involvement includes membership in the American Legion, Board of Directors for the Boys Clubs of America, and Board of Directors and Treasurer for the Oakfield-Alabama Dollars for Scholars.