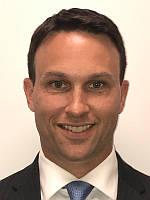 Michael graduated University of Albany in 1996 with a BA degree, earning his Juris Doctor from University of Pittsburgh Law School in 1999.

He was a practicing attorney in Pittsburgh for 5 years before moving back to Oakfield in 2004 to enter the general practice of law with his father with the Cianfrini Law Firm LLP.

Michael was elected as Genesee County Clerk in 2013, after serving for 10 years as a Councilman on Oakfield's town board, incluing three years as Town Supervisor. Michael was selected for Cornell Cooperatve Extension's Leadership Genesee program in 2017.

In his free time, he coaches T-ball,softball, basketball and football in the Oakfield Youth Programs. Michael's family includes his wife, Melissa, daughter, Sophia, son, Jack and his parents Ray and Karen Cianfrini.