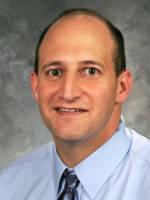 Between 2001 and 2004 Dr. Dadlani completed a fellowship in pediatric cardiology at Strong Memorial Hospital in Rochester, NY and twice received a Fellow Teaching Award from Golisano Children's Hospital at Strong.

Dr. Dadlani is a Clinical Assistant Professor of Pediatrics at the University of South Florida since February 2005. He has also presented numerous lectures relating to infant cardiology, authored a chapter in a medical textbook, and is credited as author of several medical publications.