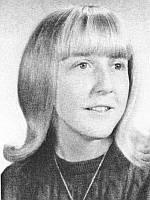 Following graduation from OACS in 1971, Mrs. Kirkpatrick attended Genesee Community College from 1971-1973, earning an Associate's Degree in Accounting. She worked for a short time at a Batavia business and returned to GCC to major in Human Services, earning a second Associate's Degree in 1977. Mrs. Kirkpatrick was passionate about public service and realized that a single person could help change the life of another. She continued from GCC to the Rochester Institute of Technology (1977-1985), earning a Bachelor's Degree in Social Work and a Master's Degree in Business Administration.

Mrs. Kirkpatrick's positive impact is felt directly in the lives of students in Genesee County, including our students in the Oakfield-Alabama School District. In 1998, she was a driving force to implement the Student Transition and Recovery (STAR) Program. The program aims to divert youth from the Juvenile Justice System by improving academic performance, school attendance, reducing discipline issues, improving physical fitness and restoring parental controls. Overall, the STAR program's goal is to foster an environment that is conducive to the learning of the entire student population.

Mrs. Kirkpatrick has been involved in many missions close to her heart. She served on the Residential Admissions/Discharge Committee of the Genesee County ARC, the Board of Directors for Family Counseling Services, the Literacy Volunteers of Genesee County, the Children's Home, and the New York State Public Welfare Association. She also was an active member of the Oakfield Lioness Club. Mrs. Kirkpatrick currently serves on the Board of Directors for Community Action of Genesee and Orleans County and is a parishioner at St. Padre Pio Parish in Oakfield.

Mrs. Kirkpatrick has been happily married since 1978 to her husband and classmate, whose locker was two down from hers, Paul Kirkpatrick. She played a significant role in insuring that several of her nieces and nephews also graduated from OACS. Mrs. Kirkpatrick accomplished her personal goal of going sky-diving and dreams of one day learning to play the piano, a love stirred in her by her music teacher at OACS.