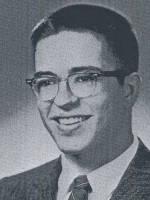 Dr. Robert B. Diasio became the Director of the Mayo Clinic Cancer Center on September 1, 2006. He also holds the positions of William J. and Charles H. Mayo Endowed Professor as well as Consultant and Professor of Molecular Pharmacology and Experimental Therapeutics.

Bob was the valedictorian of the OA Class of '63. He received his undergraduate degree from the University of Rochester and subsequent M.D. degree from Yale University School of Medicine in 1971. Following training in internal medicine at Strong Memorial Hospital in Rochester, NY, Bob was a Fellow in Medical Oncology and subsequently in Clinical Pharmacology at the National Cancer Institute. From 1976 until 1984 he served initially as Assistant Professor and then as Associate Professor at the Medical College of Virginia. In 1984 he was appointed Professor in the Departments of Medicine and Pharmacology as well as Newman H. Waters Chair and Director of the Division of Clinical Pharmacology at the University of Alabama School of Medicine. He remained there until 2006, holding several other administrative positions including Chairman of the Department of Pharmacology & Toxicology and Associate Director of the UAB Comprehensive Cancer Center.