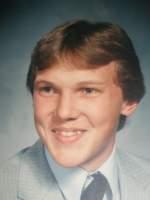 Following graduation from OACS in 1986, Dan joined the U.S. Air Force, earning the rare distinction of honor graduate of the U.S. Air Force B-52 Defensive Aerial Gunner program at Castle Air Force Base, California. Dan then served his country as a tail gunner on B-52 bombers at Loring Air Force Base, Maine. After leaving the Air Force, Dan attended The College at Brockport where he graduated Magna cum Laude with a Bachelor of Science in communication and was a member of the Alpha Chi National College Honor Society. Dan was also runner-up for the Brockport President's Citation award in recognition of academic performance, extra-curricular achievement, and college community involvement.

Dan began his career at R News/YNN, Time Warner Cable's 24 hour local news channel in Rochester, NY while still a full-time student at SUNY Brockport. During his tenure at R News/YNN, Dan worked his way from off-air assignment editor to on-air reporter to morning news anchor and Operations Supervisor. Dan held the anchor desk for an impressive 15 of his 18 years in television news. While at R News/YNN, Dan further set himself above peers in his field by winning a regional Edward R. Murrow award for news writing. Dan also volunteered to serve as coordinator of the R News/YNN internship program because he wanted to help students achieve their career goals. After R News/YNN, Dan became Public Affairs Manager at Oneida Indian Nation and Turning Stone Resort Casino. Dan is currently Communications Director at Rochester Business Alliance, which represents the interests of businesses in a nine-county area extending from Genesee and Orleans counties and east into the Finger Lakes.

While achieving his professional success, Dan always found time to give back to Oakfield and the Rochester-area communities. He has been a highly active participant multiple times at OACS career days, serving as keynote speaker at both the high school and elementary levels. He hosted OACS 8th graders at R News/YNN for the annual job shadow day which allowed the students to gain a greater understanding of all the roles in a television newsroom. During his news career, Dan was a constant advocate for positive coverage of the Oakfield and Genesee County communities. At his prompting, R News/YNN covered many local community stories including the annual Oakfield Labor Daze event, high school sports at a more in-depth level, and a proposal to create a community center. Always willing to help a good cause, Dan has served as Master of Ceremonies and made appearances at many community functions at the invitation of organizations such as the Urban League of Rochester, Rochester Childfirst Network, Big Brothers Big Sisters, Veterans Outreach Center, Lions Club, Boys and Girls Club, and the American Cancer Society's annual Relay for Life. Dan also currently serves on the Board of Directors and as a member of the marketing committee for the Rochester Area Business Ethics Foundation.

Dan's impressive professional achievements combined with his history of giving back to the community make him a role model for all current and future Oakfield-Alabama Central School graduates.