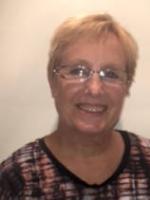 Bonnie attended OACS from 1957 to 1964. She then attended Bryant and Stratton Business Institute obtaining a degree in secretarial science. Bonnie has served more than 20 years in two stints on the OACS school Board of Education, including eight years as President. Bonnie founded the Oakfield-Alabama Dollars for Scholars Program which has raised over $130,000.00 over the years. Bonnie has served as treasurer since 2008. She has been a member of the Lions Club since 2002, serving as Treasurer and President. She served as the chairperson for the Lions Club, organizing three youth basketball tournaments. She was a member of the Oakfield-Alabama Football boosters for 15 years and Co-founder of the Oakfield-Elba Youth Football Association. Bonnie also was one of the early founders of the Oakfield Betterment Committee.  In 2019 she purchased the Alabama Hotel, which she operates as owner/manager.

Topping her personal accomplishments, she has "raised eight children and one husband."