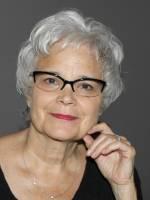 Dr. Bonita L. Betters-Reed, is Professor Emerita of Simmons College in Boston, Massachusetts, a college she joined in 1986, and where she has served as Chair of the Management Department and Chair of the School of Management Undergraduate Program. However, these titles do not reflect the breadth of experience Bonita has in academia, nor do they speak to her community and civic involvement. She has achieved numerous honors, beginning with being named OACS Outstanding Senior Woman in 1969. She graduated with honors from the three academic institutions where she received degrees: SUNY-Potsdam (B.A.), Bowling Green State (M.A.) and Boston College (PhD), and has received many awards, ranging from membership in Kappa Delta Pi and Beta Gamma Sigma, to awards for teaching excellence and leadership. She is a past Leadership Fellow of the American Council of Education, a Fellow of the Eastern Academy of Management, and is listed in International Who's Who. Her scholarship and research have been evidenced by the volume and quality of her publications, and extensive participation in symposiums and conferences. Her specialties include socially-minded leadership, diversity management, organizational behavior, and cross-cultural communication.

Her professional career has been complemented by deep civic involvement. She has served on the board of the Asperger's Association of New England, supported the college education of Nicaraguan students, mentored many young professionals, students and peers, and held leadership positions in her local church. Bonita is married to Gary Reed, also a 1969 OACS graduate, and they have two children, Adam and Ally. She continued her ties to Oakfield for many years by serving as a director and active owner of family businesses.